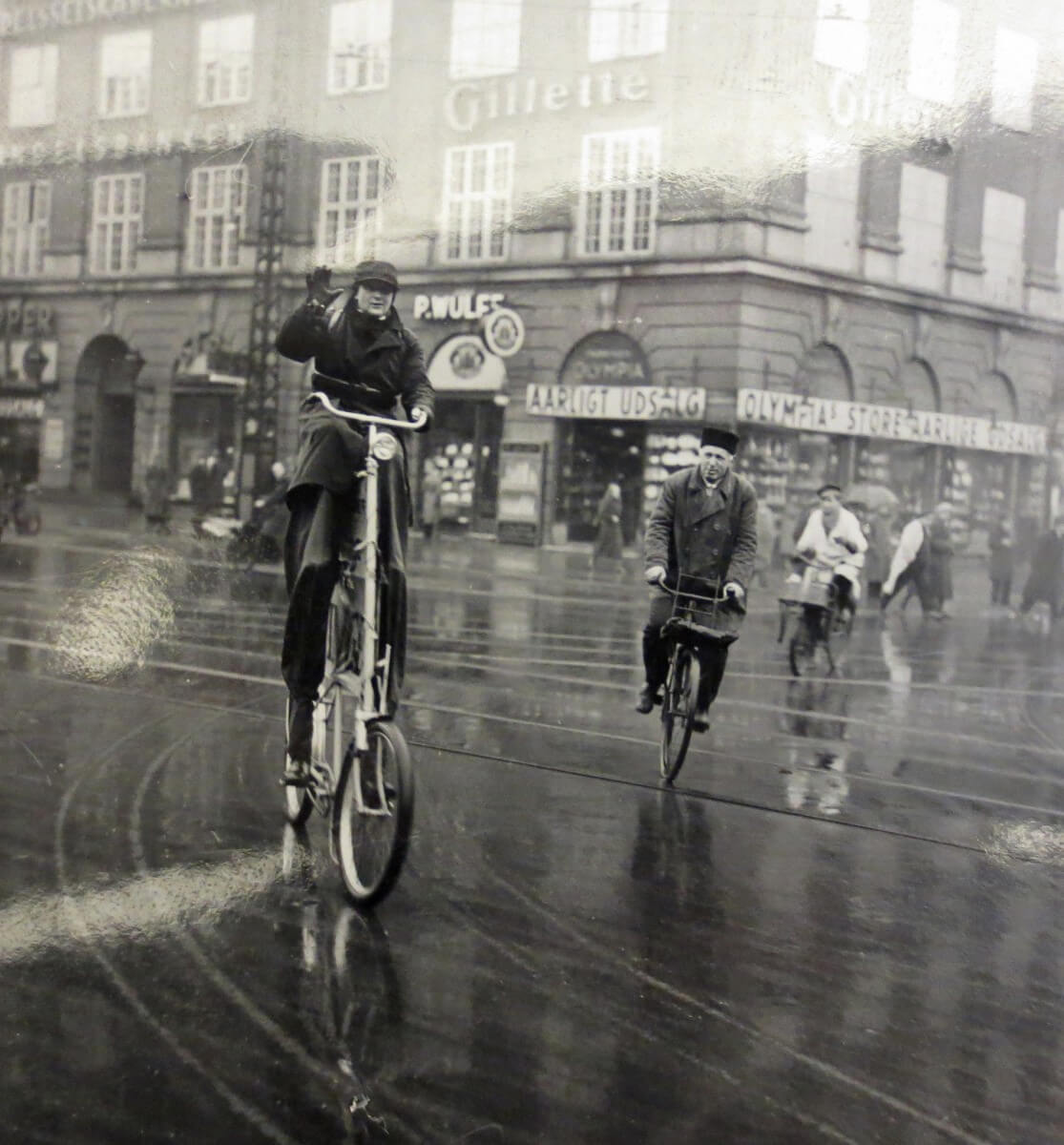 How much do you know about the history of biking?

Most of us had taken up cycling since we were kids. If you’re like us, you’ve been an active cyclist for most of your life. Yes we know the ins and outs of our bicycle today but how much do you know about the history of biking?

Historians cannot agree on who invented the first bicycle –most probable reason being that bicycle invention was a joint effort of many.

These are some of most the pivotal moments in cycling’s past.

First record of a bicycle or better to say, form of a bicycle is early as 1418. Giovanni Fontana built the first human powered land vehicle – it is said that it had four wheels and used a continuous rope, connected via gears to the wheels. Unfortunately there are known or confirmed images/more detailed descriptions of said contraption.

Almost four hundred years later, Karl Drais’ invention came to be. Variously called velocipede, dandy horse, Draissienne or the running machine – it was invented as a response to widespread starvation and the slaughtering of horses (consequence of crop failure the year before).

This was a first appearance of the two-wheeler principle which is basic to cycling and minimalizes rolling resistance. The velocipedes were made out of wood and balanced by directing the front wheel a bit. People did not dare to life the feet off the ground, therefore the velocipedes were propelled by the force of pushing off with feet. Because velocipedes couldn’t balance well it became forbidden to ride it on sidewalks. 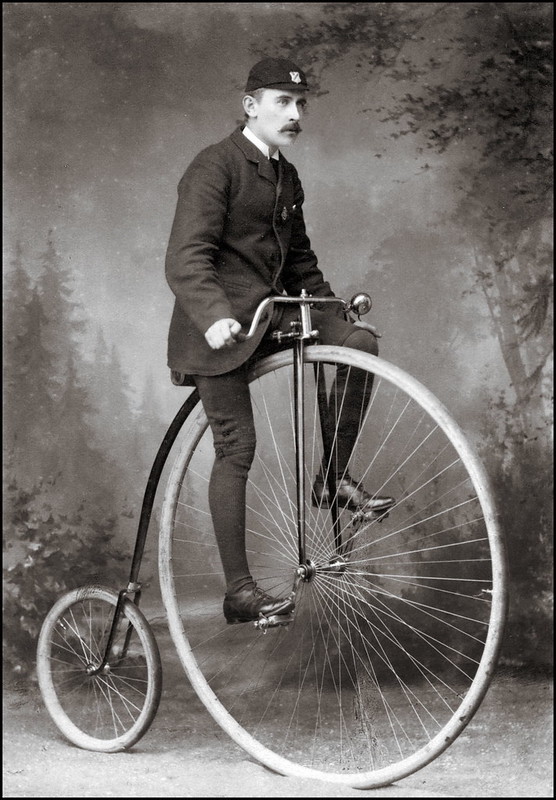 In 1870 came the “high wheelers” – first machine to be called a bicycle. Definitively more comfortable to ride than its predecessor – but it requires skills of an acrobat so its popularity was always limited.

First body completely made out of metal. The pedals were attached to the front wheel with no freewheeling mechanism. Solid rubber tires and the long spokes of the large front wheel provided a smoother ride.

The front wheels kept becoming larger and larger as makers realized that the larger the wheel, the farther you could travel with one rotation of the pedals. You would purchase a wheel as large as your leg length would allow.

It wasn’t a safe bike ride.

Because the rider would sit so high above the center of gravity, if the front wheel was stopped by a stone or a pothole, the entire apparatus rotated forward on its front axle, and the rider with his legs trapped under the handlebars, would be dropped on his head.

While the men took their chances with the risky High Wheeler, ladies confined to their long skirts, could ride on an adult tricycle. Many mechanical innovations that came with the tricycle, such as rack and pinion steering, the differential, and band brakes – were later used for automobiles.

Bicycles with enhanced safety became a priority. “Safety Bike” was introduced to the public in 1890.

The improvement of metallurgy made possible to return to bicycles previous design. Metal strong enough to make a fine chain and sprocket small and light enough for a human being to power, the next design was a return to a two wheel principle.

Instead of just one wheel circumference – every pedal turn, with the gear ratios, has a speed same as the huge wheel. Because the “Safety Bike” still used the rubber tires it was a much more uncomfortable ride than the “High Wheeler” – eventually earning the nickname “Boneshaker”.

The choice lies between comfort and safety.

“High Wheelers” were completely eradicated the moment pneumatic tires were discovered. “Safety Bike” quickly traded its rubber tires for pneumatic ones and with that basically had the same design as standard contemporary bike.

Since the discovery of “Safety Bike” a lot more people took up biking, but since its high price – cycling was still limited to the elite.

After a hundred years of improving bicycles design and making cycling more affordable, in 1986, Department of the Interior and Nielson surveys shown that bicycling was the third most popular sport after swimming and general exercise.

Now that we know the past – let’s debate the future! How do you see bikes in hundred years?

Best Way to Experience Belgrade is by Bike! 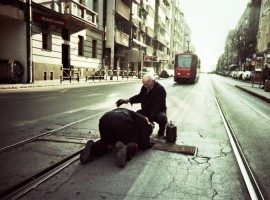 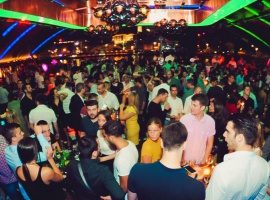 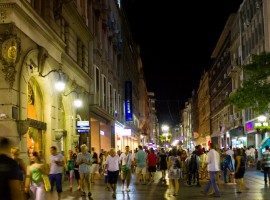 The specialists of Belgrade 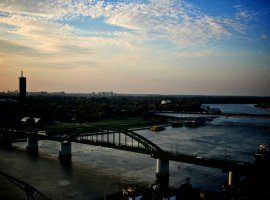